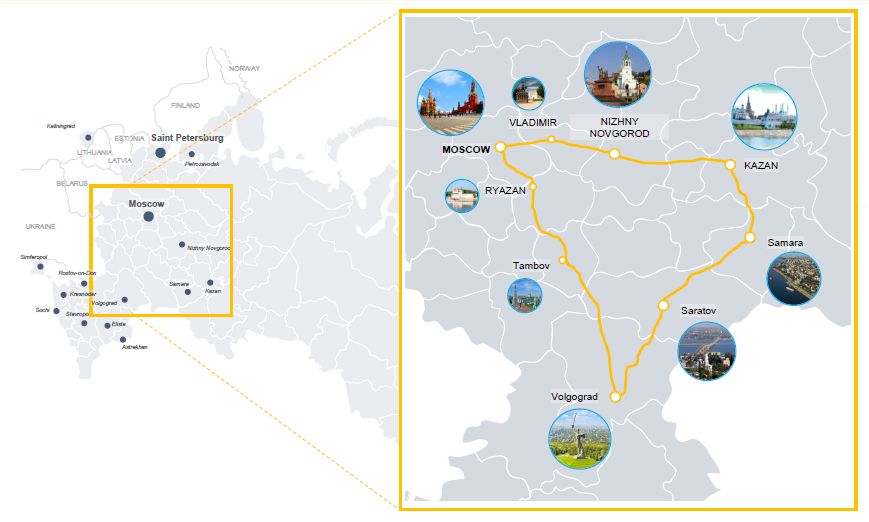 Dear friends we would like to invite you to Russia in amazing motorcycle tour through the central part of Russia to Kazan and Volgograd (Stalingrad). Our route goes through the cities of the Golden Ring to Kazan and then along the Volga river to Volgograd (Stalingrad). We are going to visit the "Hero Cities", the sites of the best known battles, museum and memorials of WW2.

Today you arrive to Moscow. We will take care about the transfer to the hotel in the city center. After some rest there will be a kick off meeting regarding the tour. We will brief you with the details, an itinerary, and give some advice about rules and customs in Russia.

After the kick off we will go for a walk and explore Moscow, as well as have a dinner in a nice restaurant near Kremlin with the Russian cuisine.

At 8 am we will go to Red Square to make pictures, after that we run from Moscow through Vladimir to Nizhny Novgorod. In Vladimir, we will make a stop to see the Dormition (Assumption) Cathedral, a great architectural wonder of the 12th century. This is one of the few temples which preserved the unique frescoes by Andrei Rublev, who is considered to be the greatest medieval Russian painter of Orthodox icons and frescos.

Then we will leave Vladimir for Nizhny Novgorod, another historically significant city in Russia, which has existed for over 800 years and has a large number of monuments of history and culture. We will see the Nizhny Novgorod Kremlin, a historical centre of Nizhny Novgorod, the Volga embankment. Your guide will tell you stories and secrets about the city.

On this day, our path will run along the Volga River through Kozmodemyansk and Cheboksary to Kazan. An interesting road awaits us: stunning scenery, museum of ethnic Tatar culture, unique fortress town of Sviyazhsk, which is situated 30 km away from Kazan at the confluence of Volga and Sviyaga Rivers, and majestic Kazan, the capital and largest city of the Republic of Tatarstan.

Tatars represent the largest group in Russia professing Islam. In Kazan, we will get acquainted with the history of the people, religion, traditions, legends and, of course, taste Tatar dishes: balish (summer food cake), echpochmak (hot, succulent, spicy patties with potato and mutton filling), qistibi (an unleavened bread stuffed with mashed potatoes or millet porridge) and chak-chak (a dessert food made from deep-fried dough drenched in a hot honey syrup).

We will visit the Kazan Kremlin, Russia's second largest Kremlin after Moscow, which has been included into the List of the UNESCO World Cultural and Natural Heritage. Its origins date back to the 10th century. For 6 centuries the Kremlin has absorbed many cultures: Bulgar, Golden Horde, Italian, Medieval Kazan-Tatar, and Russian culture. Today on its territory you can find the monuments and artifacts of each of these cultures, which we will see, while making an excursion to this place.

In the evening we will have a delicious dinner.

The first half of the day we will spend on the road along the banks of the majestic Volga. Our way will pass through the Central Volga Region, we will pass many authentic villages and see beautiful scenery. We will buy homegrown fruits and vegetables in the villages along the way.

We will arrive to Samara around 5-6 p.m., upon settling in the hotel we will go for a walk around the city. We will begin, obviously, with the Samara embankment, since the Embankment is one of the most beautiful places not only in the city but also in Russia. Its length is over 5 kilometers, and here the old prerevolutionary brick buildings coexist with modern buildings and monuments. The Embankment is the favorite place of both the locals and the tourists.

We will try the legendary Zhigulevskoye beer, which can be bought at the bar next to next to the brewery (the brewery is located near the Embankment). The bar is nicknamed as “Dno” (Russian - "bottom"), but the atmosphere is quite festival, many visitors are always peaceful.

During the end of our tour in Samara we definitely try delicious Volga fish!

A long time ago on the place of modern Saratov there was the third biggest city of the Golden Horde, named Uvek. This was a rich town, they even made their own coins. Nowadays Saratov is yet another beautiful city on the Volga River. The city’s coat of arms features three sterlets, representing the variety of fish in the rivers of the region.

The city has several interesting museums, the Victory Park with the collection of wartime machines. The city was badly damaged during the World War Two.

We will buy souvenirs and have a dinner in a fish restaurant on the main street called Kirova ave.

This day we go to the city of Volgograd, also known in Soviet Union as Stalingrad. Volgograd is a legendary city. It here The Battle for Stalingrad took place from August of 1942 to February of 1943. It is often regarded as the largest and bloodiest battle in the history of warfare, which marked a turning point in the war against fascists. The Mamayev Kurgan, a memorial complex devoted to the heroes of the World War II, is the highest point in Volgograd is a 85 meters image of "The Motherland calls", mother asking her sons to fight with the enemy.

We will arrive to Volgograd in the afternoon, have a short walk around and go to the Mamayev Kurgan. The memorial is especially wonderful and magnificent in the sunset. Since the memorial is really great in terms of size, we will be able to see only a small part this evening.

In the morning we will have a boat trip along Volga River, and afterwards we continue to explore the Mamayev Kurgan, visit the military machines museum, the alley of glory, and other places. In the evening we will dine in the restaurant on the bank of the Volga River.

On this day we will go to Tambov. It is a small town, where we will walk through the embankment along the Tsna River, visit the Cathedral of the Ascension, the Wolf Museum. There is an idiom in the Russian language: "Tambov wolf is comrade for you", it is tied with history of the region. At the end of our tour through the city we will buy some Tambov honey for our further journey.

In the morning we leave for Moscow and ride through Ryazan and Kolomna. We are going to make several stops to see city centers of these towns. In Ryazan we will see the Ryazan Kremlin and try traditional Ryazan’s medovukha – a Slavic honey-based alcoholic beverage with an alcoholic strength of 5 to 16 percent by volume, which has been produced in Russia since the 18th century.

In Kolomna we will visit the Pastila (a kind of marshmallow) Museum and have a final coffee break before Moscow.

Upon arriving to Moscow we check in at the hotel and have a walk in the very heart of Moscow, the Red Square. It’s less crowded in the evening and very peaceful. We will finish the day in the best beer restaurant in Moscow.

This day we have an excursion around the city. Starting with Kremlin and Red Square, we will see GUM (The main shopping mall) and Saint Basil’s Cathedral. Later on we will explore the subway (Metro) and have a walk on Arbat, which is the most famous pedestrian street in Moscow, where you can buy authentic Russian souvenirs. And lastly, in the evening we will have a farewell dinner.

This is the last day before you catch your plane. If your departure is rather late, we will be able to visit Tretyakov Gallery, The Bolshoy Theater or Central Park. We will also take care about your transfer to the airport. 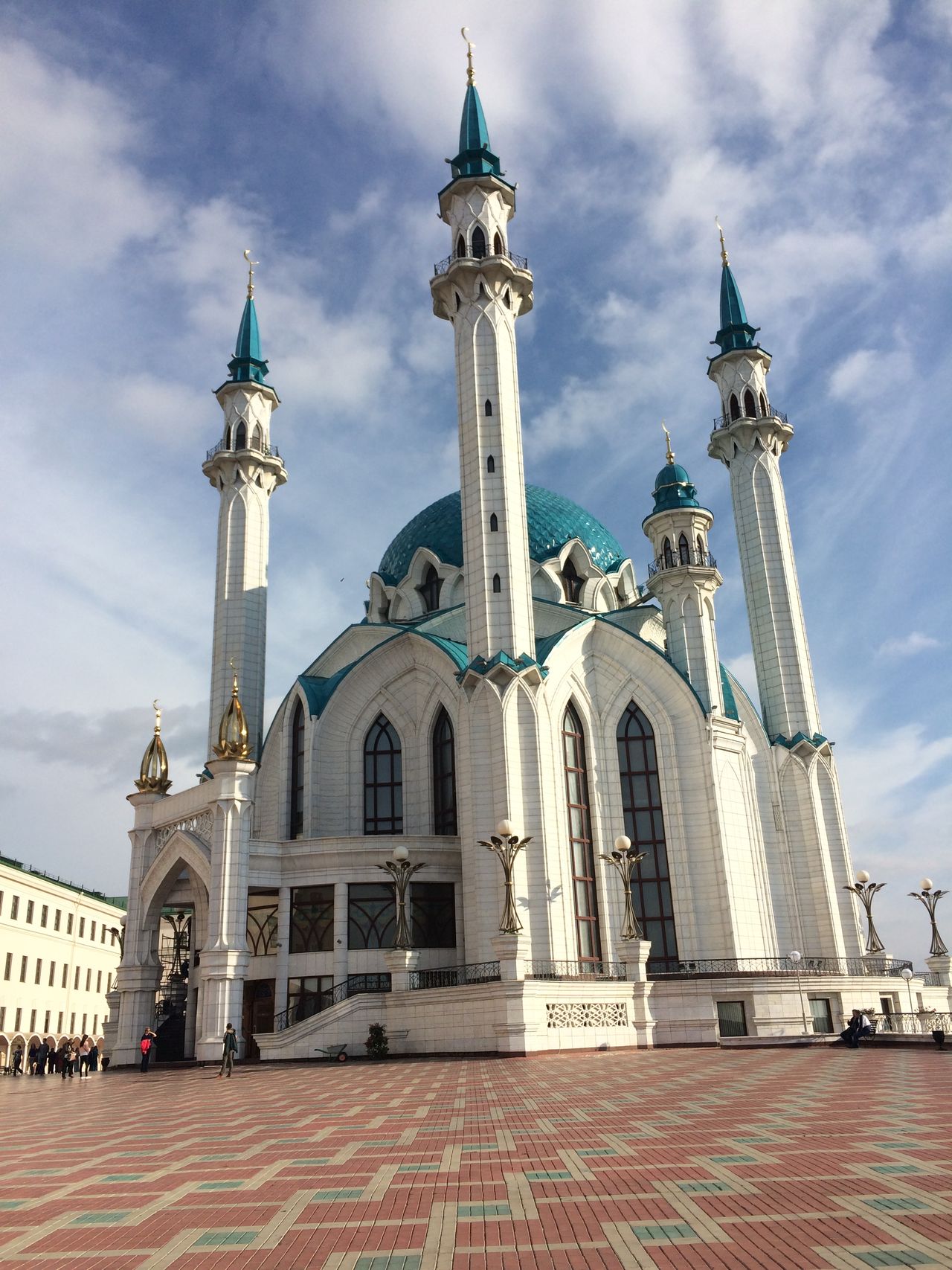 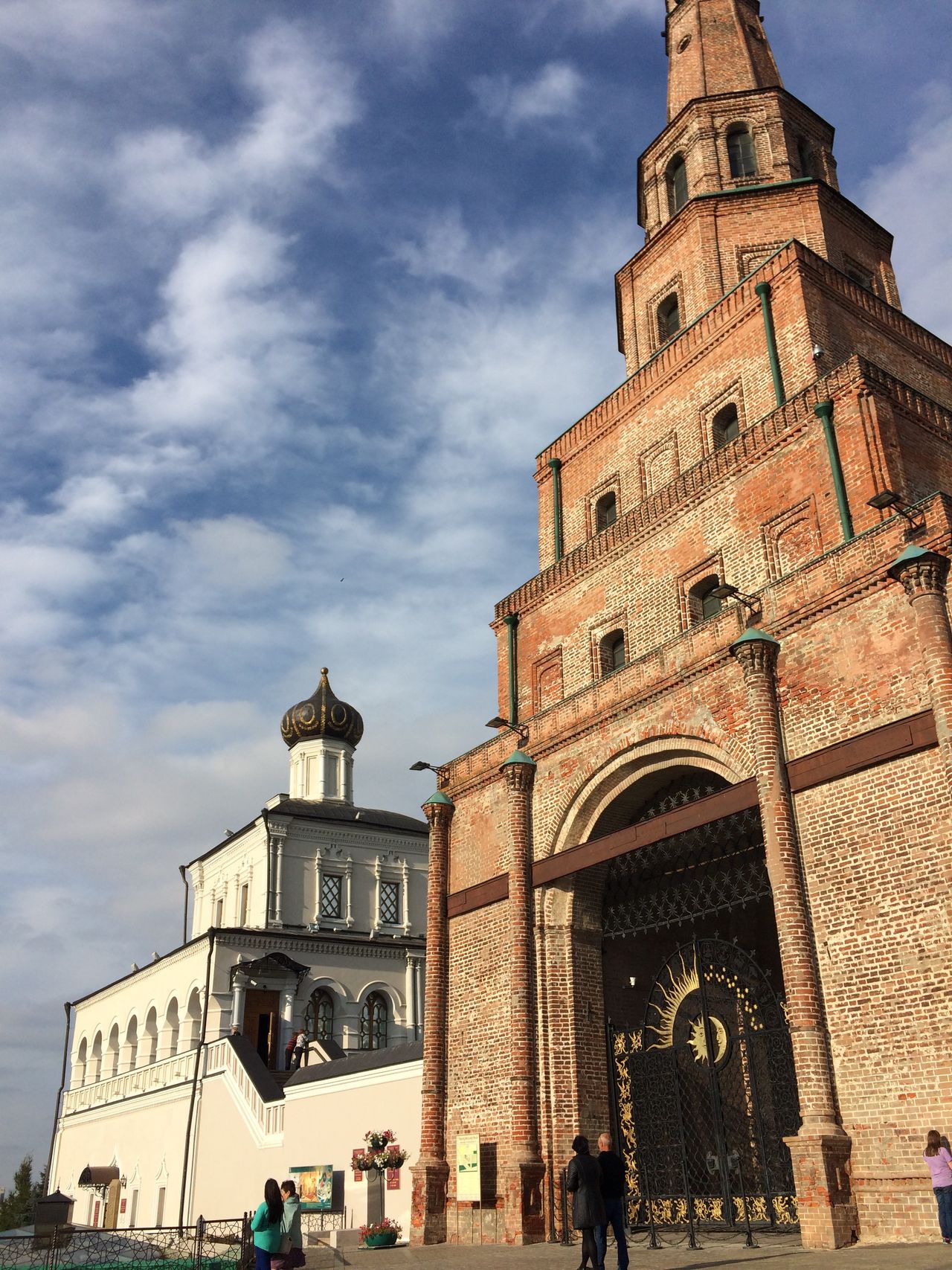 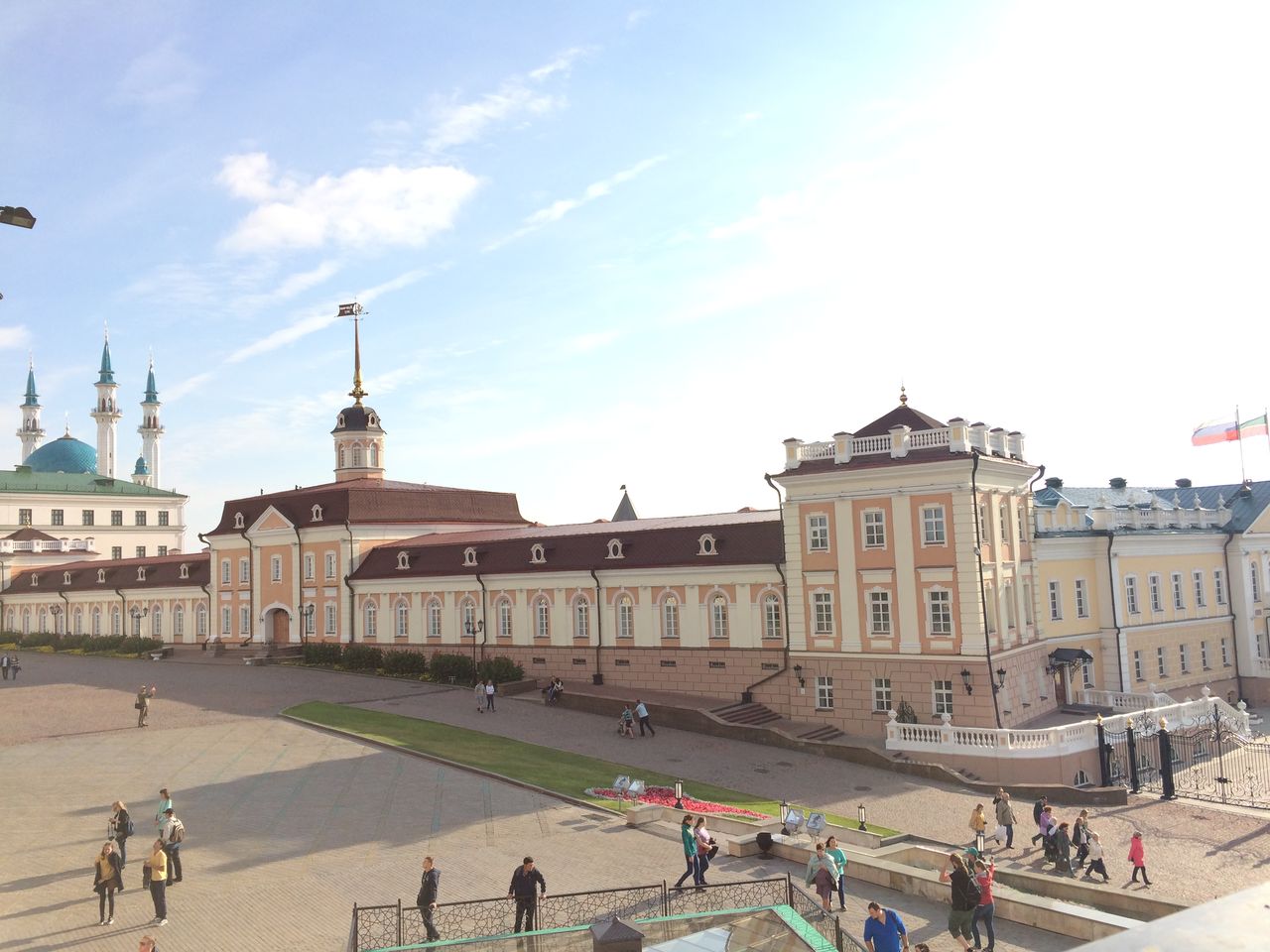 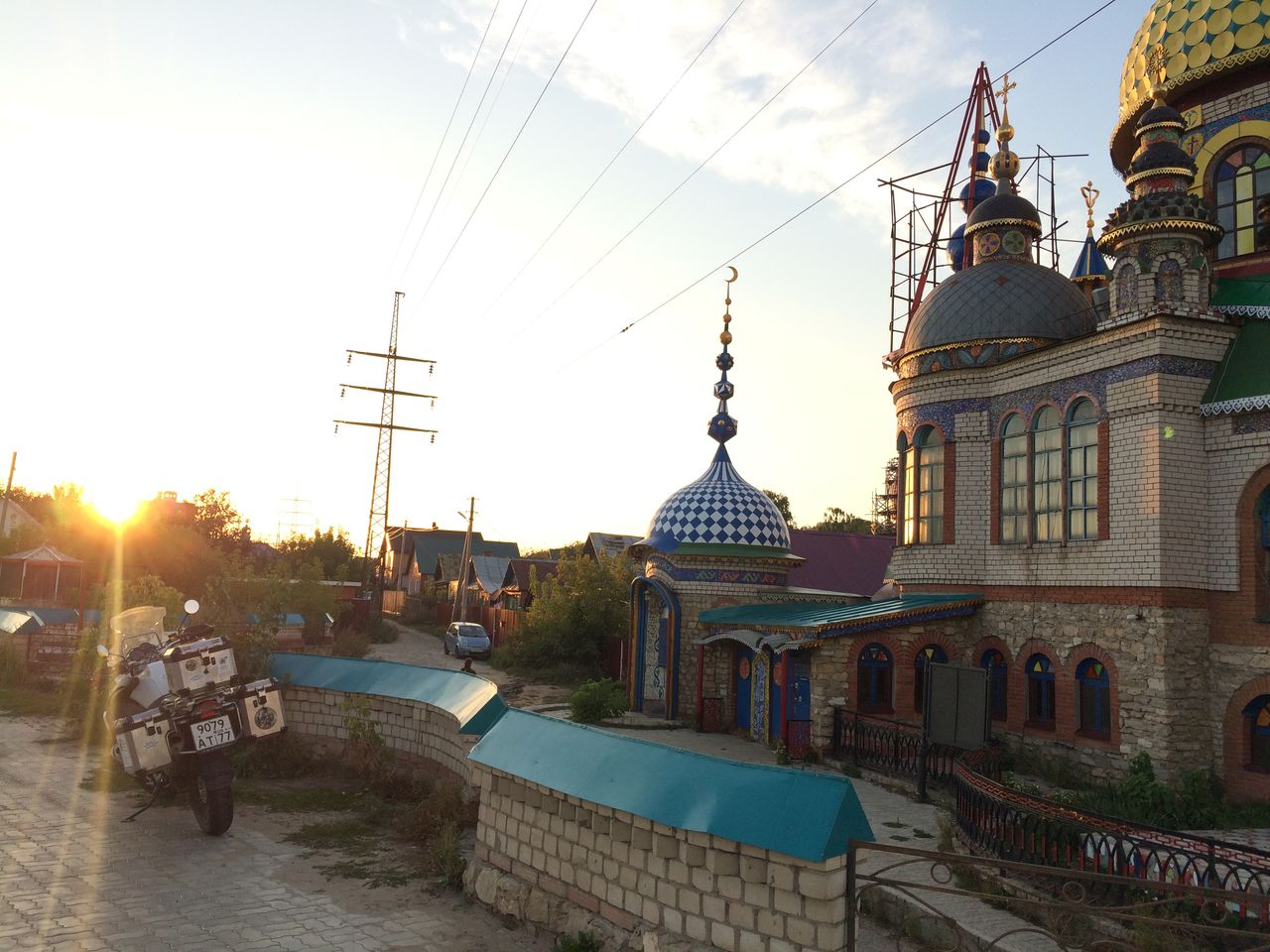 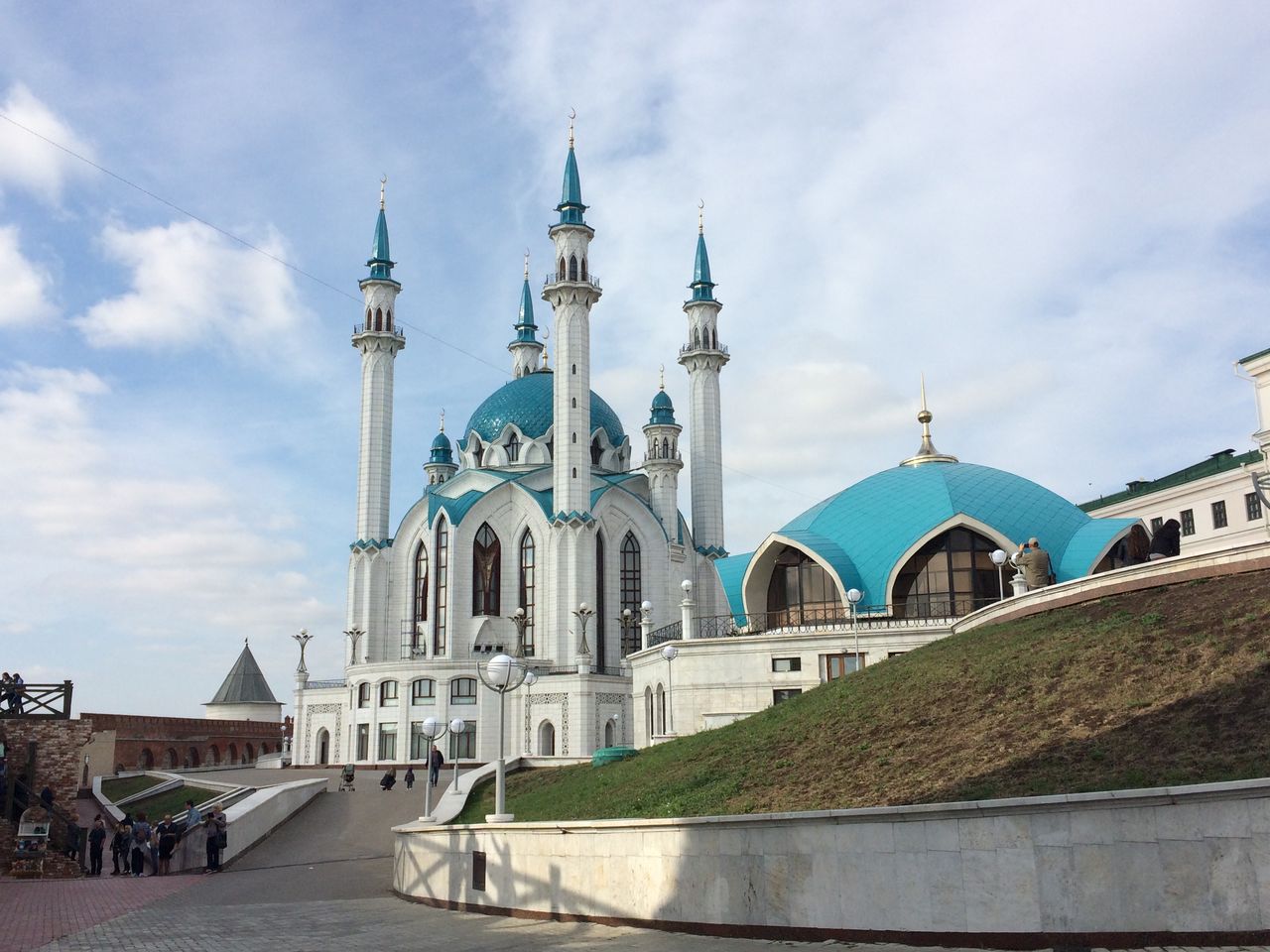 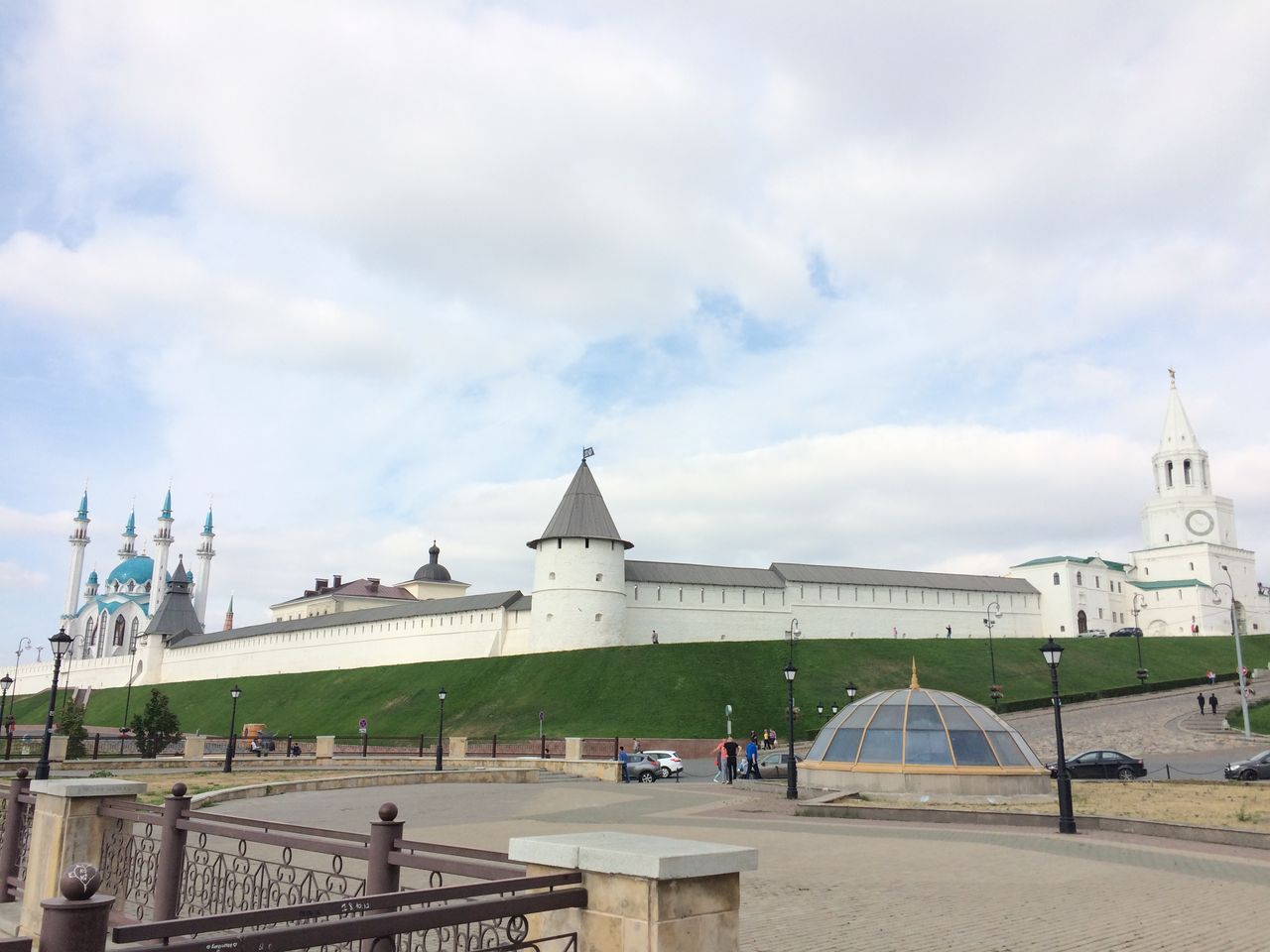